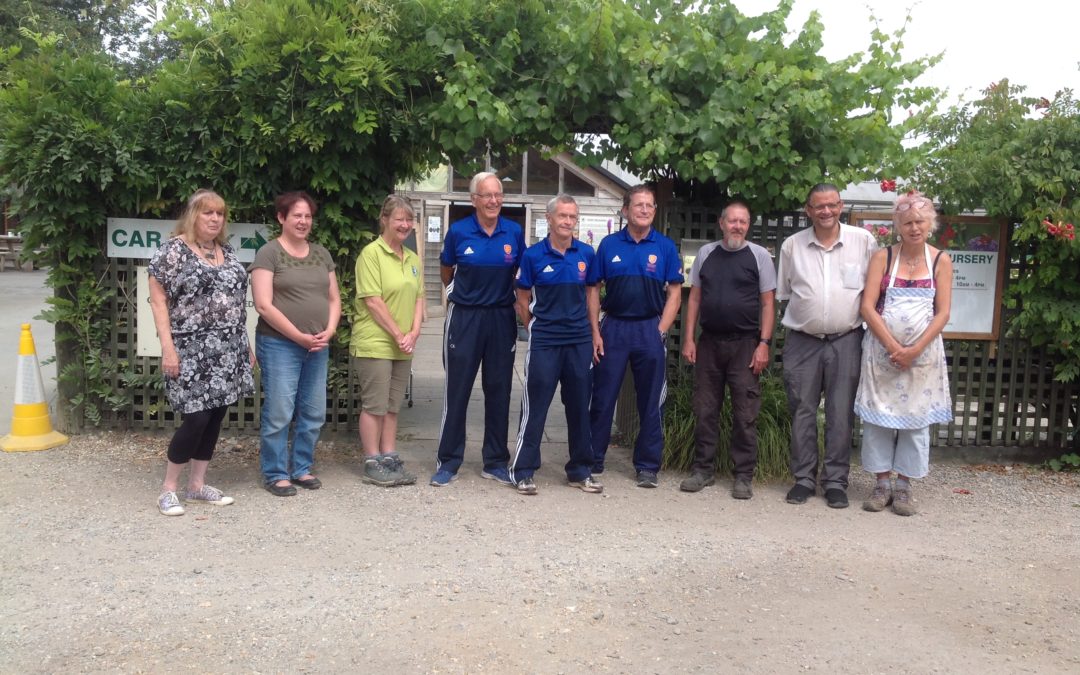 England over 70’s Men’s Hockey Team has just returned from the Hockey World Cup in Barcelona with a gold medal having beaten Australia in the final.

After international tournaments, the England Over 70’s squad like to make a contribution to a charity and this year have chosen to give their donation to Cherry Tree Nursery, part of the registered charity Sheltered Work Opportunities Project (SWOP), a local mental health charity based in Bournemouth and Poole.Pictured are Brian, Colin and Rick of the England over 70’s Men’s Team and staff and volunteers of Cherry Tree Nursery.