"Caring for People, Caring for Plants" - A charity based on horticulture providing meaningful occupation in a supportive environment, aiming to restore well-being to people with mental illness.

Some more of our volunteers activities

We were travelling in Malaysia mid-March when it went into lockdown, which meant everything including hotels had to shut. We had to book seats on a coach to get us back to Kuala Lumpur, which was a seven-hour journey.

I was frightened we would get stuck in Malaysia but after two days of us going to the airport to try and get a flight back to the UK, we were successful.

We arrived back in the UK at 5.15am on the 17th March and caught a coach to Birmingham. Our house was rented out for a year but my sister-in-law kindly let us stay with her and her husband in Birmingham. This is where all our family live.

My anxiety levels by now were quite high not knowing what was going to happen? I expected us to be in Birmingham for maybe a month or so, I never imagined we would be stuck there for three-and-a- half months.

A few days after we got to Birmingham, we managed to buy some second-hand bikes to get around on. My sister-in-law’s house backs onto the canal and my parents also live near the canal. We cycled the 10 miles each way a couple of times a week to see them and take them some shopping.

Cycling along the canal was very therapeutic as there was so much wildlife around it. We saw swans, geese and moorhens make nests, lay their eggs and we saw them hatch and grow. We also saw many herons and a few foxes and took lots photographs.

Over time, I began to struggle mentally with a sense of being trapped and just feeling overwhelmed by everything. I would only go food shopping to smaller supermarkets as they usually had small queues and I found it too much to wait in big queues. By the end of April, I was really struggling and ended up in hospital in Birmingham and was then transferred to St Ann’s In Poole.

But thanks to Cherry Tree, I was able to call Tish and talk to her openly and honestly and through this I then wrote out how I was feeling and the impact that being in hospital had on me. Doing this I believe, helped me be discharged after ten days and be taken back to Birmingham. Since then I have had some ups and downs but I am doing ok.

Thank you, Cherry Tree, for always being there when I needed help. 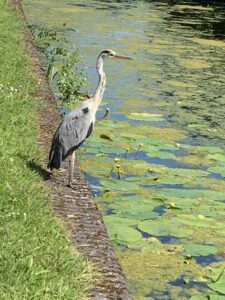 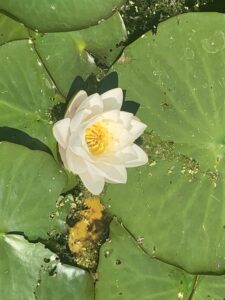 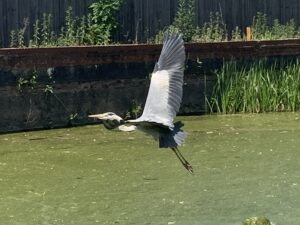 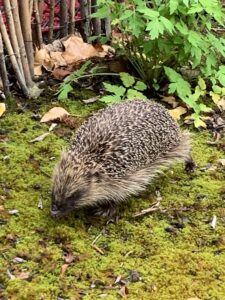 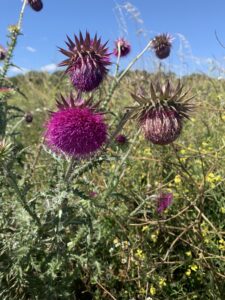 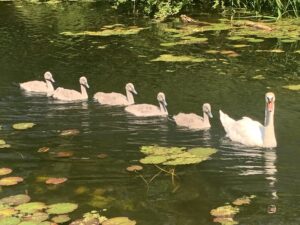 Home
The Charity
The Nursery
Our Services
News
Contact us